Constantly striving to push the creative envelope, Iniosante specializes in motion picture & editing services for small businesses, non-profits and corporations. It is the mission of Iniosante to deliver effective, emotionally rich, out-of-the-box motion pictures that connect with our audiences and motivates them to take action. 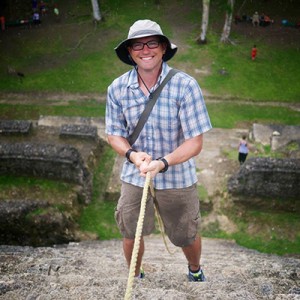 With a passion for unique storytelling and a gift for perseverance in the toughest of situations, our founder and CEO, Ashley Scott Davison has worked on hundreds of productions since 2004 – from coast to coast and from Canada to Mexico. Ashley is of the new breed of HDSLR cinematographers and has mastered the craft, shooting on DSLR cameras since 2009. Ashley holds a BS in Fashion Design from Colorado State University and attended the Colorado Film School where he studied under Cinematographer Ric Waite. Ashley is in the New Braunfels Chamber of Commerce and graduated from their Leadership Class in 2009. He is Chairman of the New Braunfels Downtown Development Board and Promotions Committee Chair for the same, he is Chair for the External Relations Committee of TIPHER (The Institute for Public Health and Education Research), he sits on the New Braunfels Mayor’s Economic Development and Strategic Planning Committee and sits on the New Braunfels Bond Advisory Committee.

Julie Creveling joined Iniosante in the Fall of 2015. While she is our post-production coordinator, she also lends a hand on video shoots. She graduated from Elizabethtown College in 2015, earning her degree in Communications. Julie has always had a passion for video production and has held multiple internships and freelancing jobs in the field. One of her favorite gigs was working for a wedding videography company for two years. While Julie is originally from Pennsylvania, she got down to Texas as fast as she could. After spending a semester abroad in Australia, Julie found a new passion for traveling and seeing the world (but her favorite place is anywhere with a beach). She also has a great love for animals and trying new things.

Allie Beito interned for Iniosante in the Summer of 2014 and joined us full-time in May of 2015. She is our Associate Producer and has a hand in all things Pre-Production. She graduated from Southwestern University in 2015, earning her degree in Communications. With past internships for a newspaper and Chamber of Commerce, Allie has enjoyed meeting and working with new people. While she loves seeing other parts of the world, she has a passion in sharing her love for New Braunfels, Texas with people from all over.